Summing Up the 7th Economic Forum of Young Leaders in Nowy Sącz, Poland

This year’s 22nd Economic Forum in Krynica, Poland, was my second visit to the ‘Eastern Davos’ after participation in 2011. And actually it was my 3rd visit in this marvellous Carpathian town. For the first time I was in Krynica as a participant of the “Study Tours to Poland” programme for young NGO activists. I had never imagined that such big event somewhere in the Carpathians could gather people from all around Europe.

Having already been there in 2011 and now – in 2012 – I was really impressed by the scale of the event and its level of organisation – everything was perfectly on time, a great number of participants from various countries, representing different companies, governments and non-governmental organisations, was invited.

First I want to share my experience of participating in the 7th Economic Forum of Young Leaders which I attended for the first time. The event, primarily dedicated to gathering youth from all-over Europe – from Portugal to Russia and from Italy to Sweden, representing even such small countries as Luxembourg, was more than just meeting of youngsters – it was a place where true young leaders of Europe, already successful (at least in their home countries) in either business, politics, public activity or in science, had a chance to contact face to face.

Furthermore, it is important that geography of the Forum was not limited only by the EU countries, but included other European states – Ukraine, Russia, Belarus, Turkey, Balkan and Caucasian countries were placed within the pan-European framework. Indeed, that is the way of integration of different parts of Europe, the way to erase stereotypes and prevent misunderstandings between countries in the future.

It is hard to estimate the total value of the Economic Forum of Young Leaders – it is directly dependent on personal contribution of each participant attending the Forum. Active participation, questioning the Forum’s guests, non-formal communication and correct understanding of the Forum’s issues were the key factors of successful conducting this wonderful event. The Forum was also a good place for creating new international projects, start-ups and, obviously, sharing our own experience and knowledge. 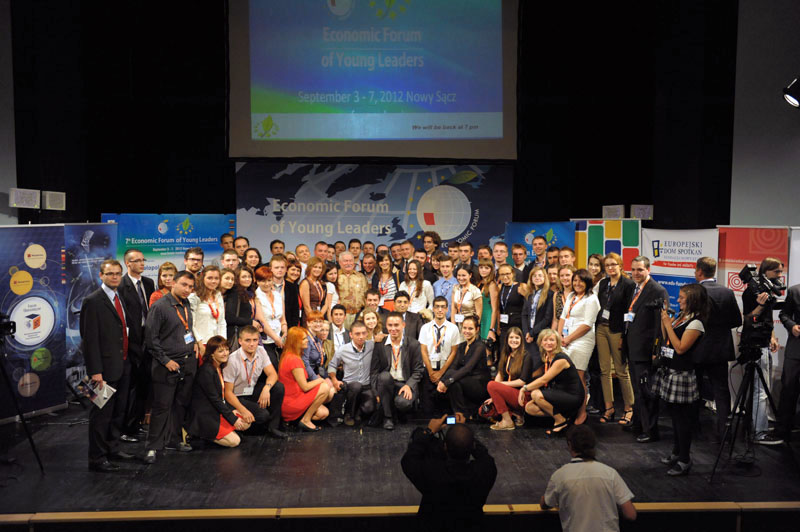 I think the motto of Forum idea could be ‘Together we are power!’ That is what I would define as a synergistic effect: through acting together we can overcome difficulties, yet fighting alone we often suffer defeat. Actually, the most remarkable thing during both Forums – the one for young leaders in Nowy Sacz and the economic one held in Krynica – was the emphasis on pan-European cooperation, respecting the past and creating new common history, absent from stereotypes and malice, and tolerant towards everyone everywhere.

Speaking about the panels of the Forum of Young Leaders, I want to stress their usefulness. Indeed, most of the topics concerned ‘hot’ points of development of economies and democracy in just-built ‘new’ Eastern Europe. Many points concerned not only the financial crisis in Europe but problems of democracy and prevailing authoritarian regimes in Eastern Europe. Of course, special guests of the Forum such as Lech Walesa, Tibor Navracsics and Günter Verheugen – as well as many other VIPs – were worth both listening to and questioning.

As a Ukrainian, I want to say that my fellow countrymen were among the most active participants of the Forum. Together with Sergiy Molchanov and Nataliya Sad from Ukraine and Bianca Isaincu from Romania, we questioned almost all panellists about numerous different issues concerning Ukraine and Eastern Partnership and, of course, we did not avoid painful problems of the Eurozone and future of Europe in the global sense. As a result we were invited for ‘OpenStudio’ of the Forum where we had got a chance to feel ourselves in the role of panellists and to share our own opinions on the panel’s topic as active youngsters. 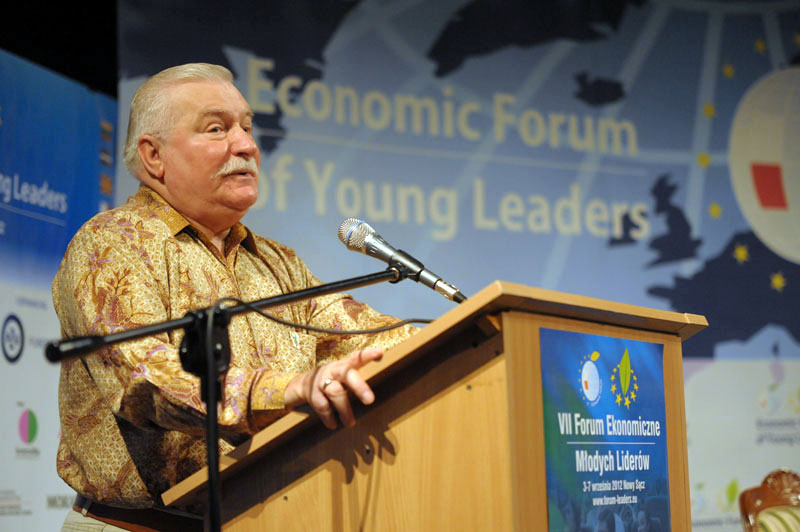 To our disappointment, only a few of guests shared more or less clear opinions regarding our statements and questions. The most prominent one was said by Mr. Verheugen who was answering my question about Ukraine’s future in peaceful Europe. He commented on Yulia Tymoshenko’s political role: “I have known Ms. Tymoshenko for many years. Please, do not put her as an icon of democracy! It was ridiculous how some EU countries stopped negotiations with Ukraine regarding the situation with Ms. Tymoshenko. That has nothing in common with supporting democracy”. I do agree with him in 100 percent – Ukraine is not just Yulia Tymoshenko. There are 45 million citizens who are now suffering from the triangle ‘Tymoshenko – the EU – Yanukovych’. Ukrainian people just feel as pawns between “the white queen” Tymoshenko, with Western support in the shade of grey, and “the black king” Yanukovych.

Speaking about positive sense of the Forum I want to underline one more time the non-formal communication among youngsters. Moreover, the Economic Forum of Young Leaders was a good opportunity to visit Economic Forum held at the same time in Krynica and to see how real businessmen and politicians share opinions and make negotiations – an opportunity to directly ask them different kind of questions regarding the more complicated problems outside the Forum.

To sum up: active participation in the Economic Forum of Young Leaders is a good chance to get new experience and practical knowledge, to inspire people and to be inspired by others!

Be active for Europe! Together we are power! – These are my mottos of the event.